Chemical Kinetics is the branch of chemistry that deals with the study of the speeds or the rates of chemical reactions. It also deals with the factors and the mechanism by which the reaction occurs. The word ‘Kinetics’ is derived from the Greek word ‘Kinesis’ which means ‘movement’. In this section, we will discuss the Rate of reactions, Factors, Order of reactions.

The rate of reaction is the change in the concentration of any one of the reactants or products per unit time.

Please Note: As the concentration of A and B decreases with time, a negative sign is used.

Unit of the rate of reaction= moles L-1 sec-1

The instantaneous rate of reaction is the rate of change of concentration of any one of the reactants or products at that particular instant of time.

At a given temperature, the rate of a chemical reaction is directly proportional to the product of the molar concentrations of the reacting species.

Here k is known as velocity constant or rate constant or specific reaction rate and the expression Rate = k[A]x[B]y is called rate law.

The specific reaction rate or rate constant of a reaction at a given temperature may be defined as the rate of the reaction when the concentration of each of the reactants is taken as unity.

It is the same total of the exponents to which the molar concentration are raised in the rate law expression.

Let us consider the reaction , A→Products

Now if this reaction is of zero order then,

b) As the rate of zero order does not depend on the concentration, the plot of rate versus concentration will be a straight line parallel to the axis of concentration.

i) A straight line would be obtained which passes through the origin and the slope = ½ k.

ii) For a zero order reaction, increase of concentration or pressure of gaseous reactant does not change the rate of reaction. Thus a linear graph is obtained.

a)If C1 and C2 are the concentration after time t1 and t2 then,

b) Unit of the first order reaction: s-1

Factors which affect the rate of reactions:

There are various factors that affect the rate of a reaction. Some of the main factors are-

Nature of the reactants:

For most of the reactions, it is 2<μ<3. With the increase of temperature, the average kinetic energy increases by 2-3% but the rate of reaction almost doubles as the number of molecules possessing energy equal to or greater than threshold energy almost doubles for a 100 rise in temperature.

Presence of a catalyst:

A catalyst is a substance which alters the rate of reaction without undergoing any permanent change at the end of a reaction. A catalyst usually accelerates the rate of reaction by lowering down the energy of activation via forming an intermediate with the reactants which requires lesser energy.Catalyst lowers the threshold energy level of the reaction.Thus, lesser amount of Activation energy is required to carry out the reaction.

Pressure has a significant role in the case of gaseous reactants as the volume of gases undergoes significant changes with pressure and therefore there is an increase in collision frequency, thus the rate of chemical reaction generally increases with the increase of pressure.

(1) A certain minimum amount of energy known as threshold energy so that they can come so close to each other that their electron densities overlap.

(2) The reactant molecule should be property oriented in three dimensional space.

The energy of activation(EA) may be defined as the extra energy which an average reactant molecule must acquire to collide effectively. Threshold energy = Average K.E. + Energy of Activation

It tells about the relationship between temperature and the rate constant of a reaction.

Where, k= rate constant, A=frequency factor or pre-exponential factor, Ea=activation energy, R=gas constant (jk-1 mol-1), T=temperature (K) .The frequency factor A gives the frequency of binary collisions of the reacting molecules per second per liter. The two quantities A and Ea are collectively called Arrhenius parameters.

gives the fraction of molecules having energy equal to or greater than activation energy and it is called Boltzman factor.

It may be defined as the total number of reactant molecules which take parts in a particular step or in rate determining step of a chemical reaction.

Chemical substances which can increase or decrease the speed of a reaction but itself remain intact in its mass.

Chemical substances which can increase the speed of a reaction but itself remain intact in its mass.

Chemical substances which can decrease the speed of a reaction but itself remain intact in its mass.

Chemical substances that increase the efficiency of the catalyst.

Chemical substances that can decrease the efficiency of the catalyst.

PbSO4+ S+ Quiniline acts as a poison during the preparation of acetaldehyde from Acetyl chloride.CH3COCl + H2 → CH3CHO + HCl

When reactants and catalysts are in the same phase and the reaction system is homogenous throughout the reaction.Ex: Hydrolysis of ester in the presence of a mineral acid.

When the reactants and catalysis are in different phases, the catalysis is known as heterogeneous catalysis. Ex: Oxidation of NH3 by oxygen in the presence of pt. (Ostwald process)

When a chemical reaction influences the rate of some other reaction which does not occur under ordinary conditions the phenomenon in known as induced catalysis.

Effect of temperature on catalytic activity :

This theory is applicable to explain the phenomenon of homogenous catalysis. According to this theory, one of the reactants combines with the catalyst to form the intermediiate which again combines  with the another reacyant to form the product and regenerates the catalyst.

(ii) The reactant molecules adsorb at the surface of the catalyst with the help of the formation of weak van der wasls forces of attraction.

(iv) When the product is formed, the product molecules leave the surface of the catalyst making them ready for further reaction.

Enzymes are the proteins which alter the rate of biological reactions. 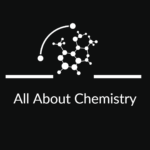