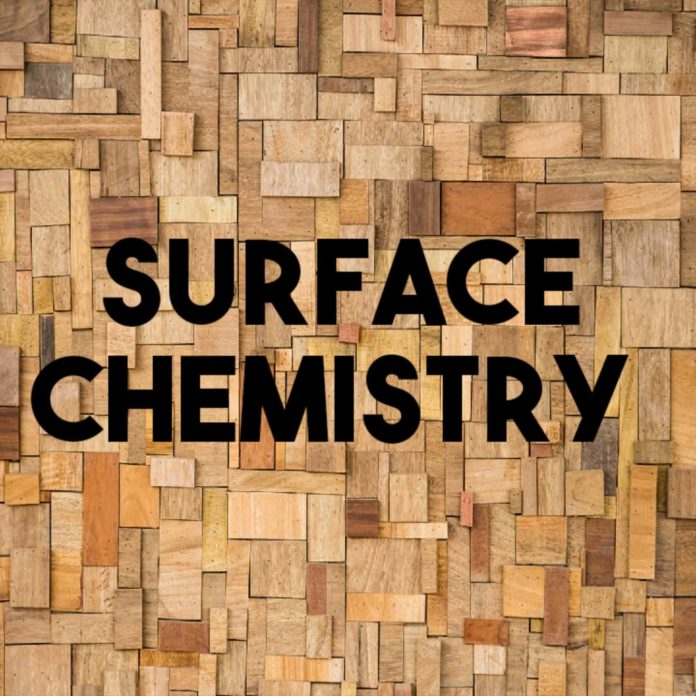 What is adsorbate and adsorbent?

The removal of the adsorbed substance from the surface is called desorption.

The adsorption of gases on the surface of metals is called occlusion.

What is the main cause of adsorption?

In case of liquid and solid adsorbents, the adsorption is due to the unbalanced forces acting inwards. In case of metals, it is due to the presence of free valencies on metal surface.

How ∆H and ∆G changes during adsorption?

What is adsorption equilibrium?

As adsorption proceeds, ∆H keeps on decreasing and T∆S keeps on increasing till ultimately ∆H  becomes equal to  T∆S so that ∆G = 0. This state is called adsorption equilibrium.

When adsorption and absortion take place simultaneously the process is called sorption.

Difference between adsorption and absorption?

What is positive and negative adsorption?

When the concentration of the adsorbate is more on the surface of the adsorbent than in the bulk, it is called positive adsorption.

If the concentration of the adsorbate increases in the bulk after adsorption, it is called negative adsorption.

Mention some example of adsorption and absorption.

Mention the factors which affect the adsorption of gases by solids.

Differentiate between physical and chemical adsorption.

What is adsorption isotherm?

The curve obtained by plotting the amount of gas adsorbed against gas pressure at a constant temperature is called adsorption isotherm.

What is Freundlich isotherm?

If x/m is the amount of gas absorbed per gram of the absorbent at the pressure p, k and n are constants which depends upon the nature of gas and adsorbent at a particular temperature.

This isotherm fails if the concentration or pressure is high.

What is adsorption isobar?

A graph drawn between the amount of the gas adsorbed per gram of the adsorbent and temperature at a constant pressure of adsorbate gas is known as adsorption isobar.

B. Based on the nature of interactions:

C. Based on the type of particles of the dispersed phase:

Prepared simply by dissolving glue, gelatin, gum, the starch in a suitable solvent in hot condition.

All About Chemistry is a free website that covers chemistry syllabus from class 8 to 12, JEE, NEET, Graduation, and Masters Degree level.Theme pic By Ayan Rahman
Contact us: apu1das1984@gmail.com